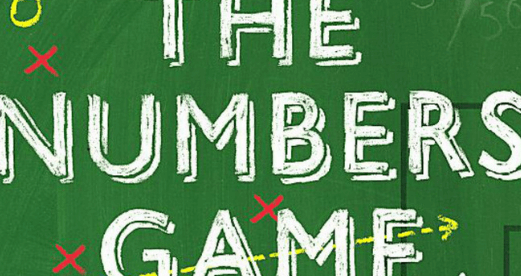 By now, you’ve probably all seen the video; Harry Redknapp is forced to defend himself against an angry fan over his supposed favouritism of 17-year-old Frank Lampard – his nephew – over other, supposedly more talented graduates of the academy system. When Redknapp argues that Lampard is better than those players, the angry fan disagrees, to which Redknapp replies that football “is a game of opinions. You’ve got a right to your opinion and I’ve got a right to my opinion.”

For a long time, this is how football operated – and still does – largely based on instinct and intuition. Over time, this has created accepted truths in the game, truths that only now we find out aren’t entirely correct. For example, that a team is most vulnerable after scoring (in fact, this is the moment they are less likely to concede); that more shots on target means better a chance of winning (actually it’s true only 50-58% of the time) and that the manager has a big influence on where their team will finish in the league (only 15%).

The revelations are probably not groundbreaking, although that’s what Chris Anderson and David Sally promise in The Numbers Game: Why Everything You Know About Football Is Wrong? But they are certainly thought-provoking and highlight the edge, should you use it properly, that data can give teams.

The book is littered with some great examples. Such as how Manchester City adjusted the way they took corner-kicks to win the Premier League in 2011/12, and appropriately, it was a header by Vincent Kompany which confirmed the title. The next season, Manchester United did the same thing, profiting from Robin van Persie’s in-swinging deliveries to score the most goals from set-pieces in the way to the championship. And how Roberto Martinez went against the grain to miraculously keep Wigan Athletic in the Premier League. But these are contradicted later in the book, which only goes to show why the interpretation data is an art rather than a science. Football is a fluid game and as such, actions cannot be isolated and for teams to get an edge, they will have to learn to master it. Wigan went down the next season because they didn’t have the quality to win games, often passing for passing sakes, while relying massively on Shaun Maloney’s free-kicks. And that actually, corner-kicks are largely wasteful as only 0.02 of the total corners taken resulting in goals. (Actually, the numbers are similar to the research I did on open play crosses, and later by Jan Vecer, which would have been a better topic).

The best managers and teams realise that data is one tool among many which can back up the way you think about the game. That’s what Arsène Wenger does and actually, many of the revelations in The Numbers Game make you wonder if the Frenchman actually ghost-wrote the book himself!

Of course, Wenger was one of the first to embrace statistics. As coach of Monaco in the late 1980’s, he would use a program developed by a friend, called Top Score, to judge players (the program would assign points to players depending on the actions they performed to give a final score). Nowadays, Wenger uses data to validate the way he thinks about the game. “Technical superiority can be measured,” he said in 2008 for Total Youth Football Magazine.

One can envisage a similar scenario from last season where those numbers might have been of use. It concerned Aaron Ramsey and his form in the middle of the season which was so poor; it was hard to find a place for him in the team. But an injury to Mikel Arteta transformed his season, giving him a chance in a new defensive-midfield position. This was a great risk by Wenger because Arsenal don’t usually win without Arteta (their success rate is 23% when he doesn’t play) and Ramsey’s confidence was so low he couldn’t surely replicate Arteta’s smooth passing. But Wenger realised the psychological effect that getting more touches of the ball could have on Ramsey and sure enough, his confidence increased. From losing the ball through hesitation, miscontrol or dispossession 4.8 times a game, it decreased to 2.7 times per match after the 5-1 win over West Ham United in January. If the passing speed figures were readily available to us, surely they’d show an improvement. Nevertheless, Ramsey indicates that that was the case:

“I’m feeling good. My confidence is coming back and I’m getting stuck in more, winning more balls back and doing more with the ball as well, moving it around quickly,”

-he said after the West Ham win.

In the last season too, Arsenal began to learn mastering their own luck. In The Numbers Game, Anderson and Sally reveal that 50% of a match is down to luck. The other 50% means that Arsenal already have won half of the match through their superiority but random variation can swing it the other way or towards their favour. Certainly for the first-half of the season, Arsenal’s’ play was riddled with so many mistakes that it undermined their their ability to win matches, and it wasn’t until they rectified their defensive shape that they saved their season. Indeed, the extra focus on the defence concurs with what was said at the end of The Numbers Game: that keeping a clean sheet helps a team more than scoring lots of goals does. “That’s where we’ve improved the most,” Wenger told Arsenal Player.

“It’s very important for the confidence of the team that we have such a [defensive] stability. As I said many times, we are an offensive team, but you are only a good offensive team if you have a good defensive stability. In the last two months that was much better.”

Data might help Wenger make informed decisions on whom to purchase in the transfer window. But as The Numbers Game suggests, it’s often better to improve your worst player than to buy a superstar.” In that case, the fans have always been right in regards to their belligerent stance on players which they perceive as being “deadwood.” However, it’s not as if Wenger is in disagreement with them. He was quick to discard Andre Santos, while Sebastian Squillaci, Marouane Chamakh, Andriy Arshavin and Denilson found that they were quickly cast aside (but harder to sell) when performances deteriorated or they didn’t fit the system. And he’s always maintained, rightly so, that he would not simply buy just to make up the numbers – often to the chagrin of supporters paradoxically – but only once a player proves he has the “super-quality” to improve the squad.

One such player who fits the bill is Gonzalo Higuain, and his arrival is notable because it’ll change the way Arsenal play. Firstly, it means they have the goalscorer they’ve desperately been looking for since Robin van Persie left the club. Last season, they tried to compensate by getting goals all over the pitch. It worked – to a degree but the team fell desperately short when looking for a game-changer. Last season for Real Madrid, Higuain goals won more points than any other Arsenal player. On it’s own that doesn’t mean he’s the right choice. In The Numbers Game, they suggest Chelsea should have signed Darren Bent instead of Fernando Torres. That’s only half-correct; Torres has blundered but Bent has shown he hasn’t got the attributes that Chelsea required. Higuain, though, improves Arsenal because his style (through his ability to stretch defences thus creating more space for the team) is one that could make Arsenal’s system. However, that’s an area that can’t easily be quantified by stats. We just have to trust Arsène Wenger’s judgement on it.

NB: There are a couple more interesting points that I could have added. For example, how Wenger is correct in rigidly sticking to his belief that the best time to make a substitution is on the 70th minute mark to try and win a game (although as The Numbers Game points out, if Arsenal are losing, he should consider making changes as early as the 58th minute). And more so when he removes certain players after a certain period all the time because their returns start diminishing rapidly (as he did for Dennis Bergkamp later in his career).

Also another interesting stat: Olivier Giroud has the worst pass accuracy of any outfield player in the Arsenal side (64%) and even lower than the goalkeeper, Wojciech Szczeszny (66%). As Sally and Anderson ascertain, football is game of turnovers and the ball changes sides 380 times per match (or 190 times per side). Arsenal’s average is 175 times but if Olivier Giroud fails to make them stick, then it’s preventing further attacking plays from developing. Perhaps, with the signing of Higuain, Wenger doesn’t really feel the need to have a striker in the build-up. Which is very much unlike Wenger sides in the past.